If there?s one thing Brazilians love, it?s an excuse to gather together to celebrate and party. There are many special days in the calendar but here are a few key dates:

Carnival is celebrated for six days ending on Ash Wednesday at noon. Originally an ancient Greek and Roman festival for the arrival of spring, this Roman Catholic celebration was brought to South America by the Portuguese. Local traditions and African culture have also influenced Carnival, particularly samba, which evolved in the African working-class areas of the cities. Carnival is an exuberant public celebration involving music, dancing and samba parades with extravagant costumes. Around half a million visitors enjoy the Rio Carnival each year. Recife, Olinda, and Salvador are also renowned, but celebrations take place in every community. It provides an insight into the Brazilian culture and is all about having as much fun as possible.

Carnival starts when King Momo (the fat king) is given silver and golden keys and crowned by the city?s mayor. Months of preparations, costume building, band practices and rehearsals by the samba schools prove worthwhile as the whole city erupts in parties and celebrations. Costumed dancers wear enormous headpieces, decorated with feathers and ?jewels. The dancers traditionally include male cross-dressers and the gay community has been enthusiastically adopted Carnival. There is fierce competition to produce the most impressive costumes.

For the visitor, Carnival is an amazing spectacle, though you don?t just have to watch ? you can participate. Cariocas (Rio locals) learn all the samba songs, and visitors can do that too, as well as participating in the parades, though samba dancing proficiency isn?t expected.

Brazilians abroad often invite their new friends to party and listen to sambas, while many European cities have adopted Carnival; you?ll find samba schools and their extravagant costumes and music wherever Brazilians go. In Belgium, the most famous is Aalst Carnival, which features bezemdans (broom dance) and ajuinworp (onion throwing) on the Monday and the Voil Jeanetten parade with drag performers on a Tuesday before Ash Wednesday, when the Prince of the Carnival sets an effigy alight, marking the end of festivities.

Mother?s Day is the second biggest celebration after Christmas, at least as far as shopkeepers in Brazil are concerned! It is traditional to give cards, flowers, and presents and to spend time with mums, grandmothers and female relatives. Families celebrate their love for their mums on the second Sunday in May.

Father?s get their special day too. Unlike Europe, Brazil honors its fathers on the second Sunday in August. Dads get to relax, and they receive cards and presents from their loving families, often with a special celebratory meal together, such as picanhas (rump steak) and caipirinhas (cocktails made from sugar cane liqueur, sugar, and lime).

For Brazilians, Christmas begins with a nativity play, though in their version a shepherdess might try to steal the baby Jesus! It?s traditional to attend midnight mass on Christmas Eve, followed by a Christmas meal together with the family. A Christmas tree ? often made of electric lights ? and carol singing are familiar traditions.

Papai Noel dresses in red and exchanges children?s socks left near the window for presents on Christmas Eve. Present buying is made easier by the so-called 13th salary, which is paid just before Christmas. The tradition of a Secret Santa (amigo secreto) is a very important part of Brazilian Christmas celebrations. Employees might also receive a Cesta de Natal (Christmas basket) with a gift from their employer or the proceeds of the caixinha (Christmas box) of tips collected from customers.

Christmas meals consist of meats, such as roast turkey or ham, and salads with rice, raisins, and farofa (toasted cassava flour). The family?s origins play a part in food choices, so salt cod might feature in a Portuguese home. Epiphany ? the visit of the Wise Men ? is also celebrated on 6th January.

The main difference between New Year in Brazil and Europe is that Brazilians see in the New Year on the beach. Traditions include offerings to Iemanj?, the goddess of the sea, and wearing white clothes with brightly colored layers underneath representing elements of good fortune, such as prosperity, romance, and health. Millions of people gather for the festivities and fireworks. Many believe in the Lucky Seven rituals; eating seven grapes for abundance or jumping over seven waves to ensure your wish for the New Year is granted. Special foods, such as pomegranate seeds, rice, lentils, and grapes are held to bring luck, while champagne and cocktails are the lucky drinks for the celebrations. Cheers!

Responsible for the permanent division of Talentoso. I am focused on connecting exceptional Brazillian IT professionals with great companies in Europe. 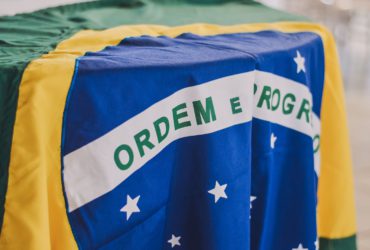 Why does Talentoso permanent only source in Brazil?

Talentoso has chosen to specialize in introducing Brazilian IT talent to prospective employers for good reasons. Our experience... 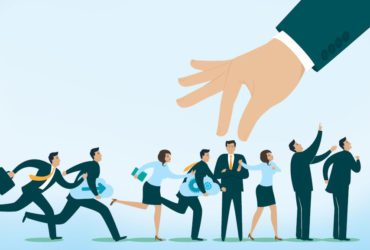 You wouldn?t buy a shirt without trying it on to see if it fits. What looks good on... 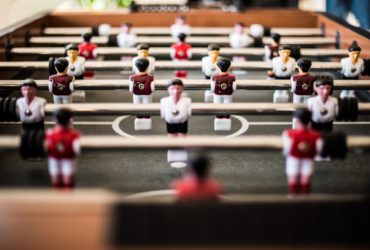 Do you know what really matters when hiring a new...

The answer to this question is a truly valuable tool when selecting ? and keeping ? the best...